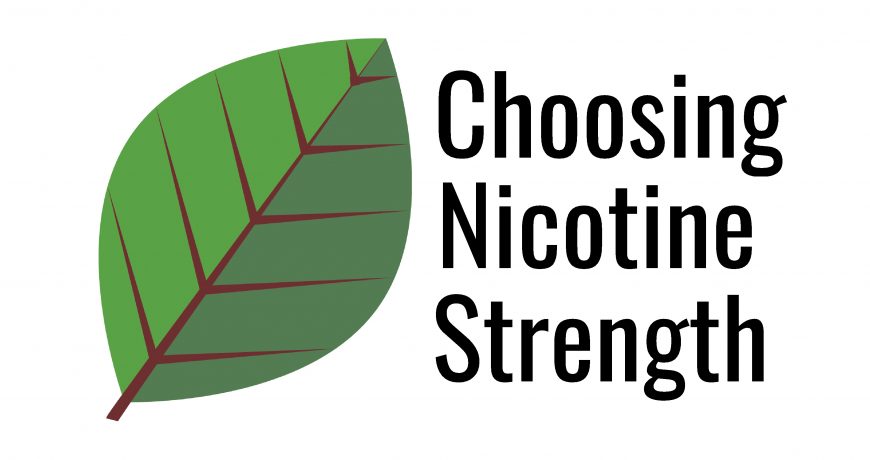 When it comes to using a good vaporizer and e-cigarette solution, the main challenge comes from knowledge. With so many different forms of nicotine available in an e-liquids, choosing is hard work!

One question you might have, for example, will revolve around nicotine levels. Go too weak, and you’ll get little out of the service. Go too strong, though, and you’ll find it hard to enjoy. How do you work it out, then?

We recommend that you take a look through this simple guide. We’re going to break down the best way to choose nicotine strength levels and flavours.

So, the first thing to know is that you get many forms of nicotine strength. From 0mg to 20mg, you can get all manner of strengths. It’s more to do with making sure that you get a nicotine level that is right for your system. Too much can leave you feeling rather ill; too little can feel like you are wasting time and money.

Many people wind up using a volume much higher than their previous habit. For example, we see lots of people who were a 5-10 cigarette a day smoker using e-liquids for a 40-a-day smoker!

Naturally, you want to avoid this. Doing so can make it hard for you to help kick your habit. The stronger the kick is from the e-liquid, the more likely it is you’ll keep up that habit.

Typically, we would try to break it down to roughly this: 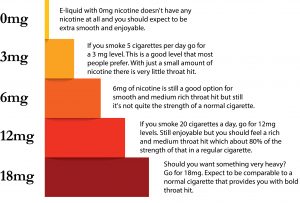 Not sure what would be best for you? Then Contact us. We can take a look at your smoking habits and try to produce the best mixture of taste, strength and flavour for you.

What About E-liquid Flavour?

Of course, flavour is very much a subjective thing. Some people love the fruit-flavoured models, others like the candy-flavoured stuff. Some people find this entirely needless, and just want a good old nicotine taste. Whatever your choice is, though, you can usually mix in the flavour with the strength.

Next time you are buying e-liquid, then, consider the above to make sure you get a specialist solution that suits your wants and needs. You might just be smoking the entirely wrong strength and volume of e-liquid!